In the heart of Slovenia, Ljubljana charmes with colorful arhitecture, an abundance of outdoor spaces spanning the Ljubljanica river and the capital’s old town cobbled streets, exuding an effortless laidback attitude

Slovenia’s capital may not be the largest of its European counterparts, but its architecture, history, outdoor spaces, calendar chock full of events and overall attitude make Ljubljana especially delightful. Centrally positioned within the country, Ljubljana is uniquely within reach of both the Adriatic Sea and Julian Alps within hours. Inside the city limits, most of attractions and daily activities are focused around the historic old town neighborhood lined up between the Ljubljanica riverbanks and the 16th century Ljubljana Castle dominating the city skyline from atop the Castle Hill.

The city core is best explored on foot, as many sections are closed to car traffic making this one beautifully walkable capital city, offering free bike rentals to residents and visitors alike. The cobbled streets and alleys give way to popular public squares adorned by monuments like the one erected in honor of Slovenia's national poet France Preseren, romantic walks along Ljubljanica River, historic churches such as the baroque St. Nicholas’ Church, and not to be missed – Ljubljana’s favorite Instagram spot, the Dragon Bridge. Art scene usually goes hand in hand with European capital cities, and Ljubljana is no exceptions. Aside popular spots like the National Museum of Contemporary History, the city also offers a myriad of independent museums and galleries, as well as a lively theatre and music scene. 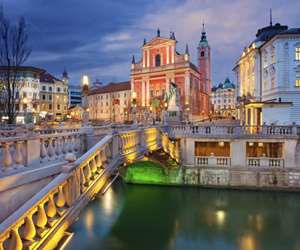 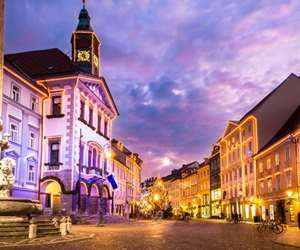 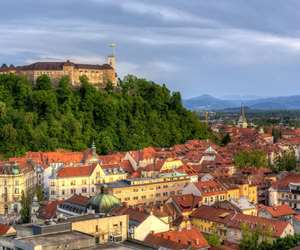 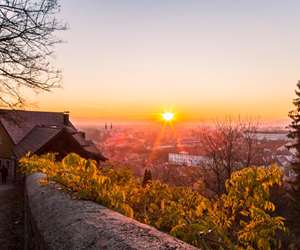 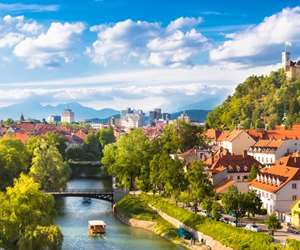 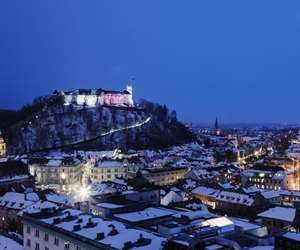 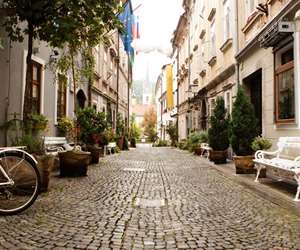 In the heart of Slovenia, Ljubljana charmes with colorful arhitecture, an abundance of outdoor spaces spanning the Ljubljanica river and the capital’s old town cobbled streets, exuding an effortless laidback attitude.