The cultural, economic and political center of Albania, Tirana lies in the middle of the country, half way between the Adriatic Coast and the border with Macedonia. For decades the city was thought of rather drab yet it is rapidly changing and catching up to its European neighbors. In 2000 the city painted the facades of city buildings in bright colors, enhanced public transport and undertook infrastructure improvements. Since, the city has been developing, skyscrapers are rising along new restaurants and shops.

The Skanderbeg Square lies in the center of the city and will probably be the starting point to any tour of Tirana as it is surrounded by some of the most important sites: the National Theatre, the National History Museum of Albania, the Gallery of Figurative Arts, the Palace of Congresses and more. A beautiful view of the city center is from atop the 115 feet tall Clock Tower. The Clock Tower was originally built in the 1822 as a bell tower, and a clock was first added in 1928 and replaced after damage in the WW2. Access to the top of the tower is free, and well worth the 90 steps incline and decline. Nearby the tower is a newer museum, the Clock’s Museum showcasing models, documents, graphics and other historic items from clock towers around Albania.

The trendiest part of the town, the Bllok neighborhood, went from being the exclusive political stronghold to the “it” place to be seen drinking cocktails. This city neighborhood hosts former dictator Enver Hoxha’s villa, and used to be almost impossible for regular folk to step into. Today, the streets of Blokku are lined with trendy restaurants, bars and new shops. 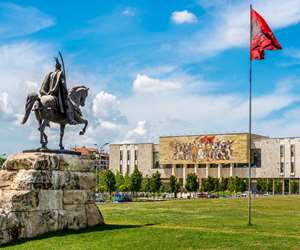 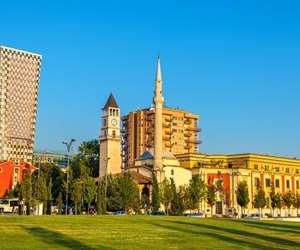 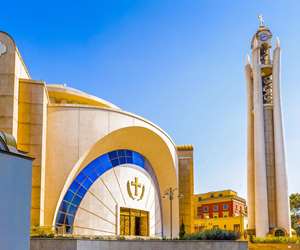 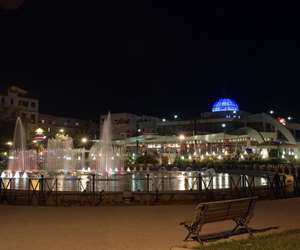 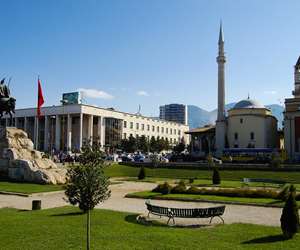 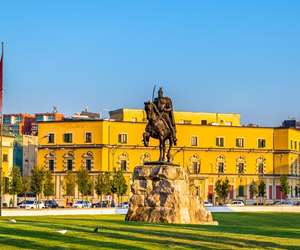 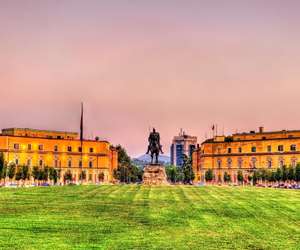