The most magical place on Christmas Eve isn't Lapland

What is it that makes this place magic? Quite simply, three things: the locals, its traditions and the historic backdrop.

This news may come as shock to you but the fact is, the most magical place on earth this Christmas Eve won't be Lapland but a walled city in Croatia.

Its walls might not be snowcapped, Father Christmas doesn’t live there and it doesn’t have an army of elves working away to make toys for deserving girls and boys; but Dubrovnik has a unique kind of magic that will leave each visitor enchanted.

What is it that makes Dubrovnik magic? Quite simply, three things: the locals, traditions, and the backdrop. But without the locals, the other two aren't enough to leave you amazed.

While Christmas Eve has become a synonym for last-minute shopping and frantic preparations in most of the western world, Dubrovnik steadfastly holds on to its centuries-old traditions when it comes to this special day (Badnjak in Croatian).

Firstly, this is a fasting day which means that practicing Roman Catholics in the city, won't consume meat or sweets until after midnight. A delicious fish lunch will be most likely prepared by the matriarch of the family, a traditional dish being bakalar, salted cod mashed with potatoes, parsley, and garlic. Lunch should, in theory, keep people going until after midnight mass when they can 'break fast'.

From around 10 am, locals will begin making their way to the Old Town with friends and family. This is a day to spend with loved ones as much as Christmas Day itself. At this point, Dubrovnik's main street, the Stradun, becomes the ultimate catwalk. Locals take formal dressing seriously on Christmas Eve; women will be in dresses with high heels, men in smart suits, and kids in their finest party outfits. Warning: there will be fur.

For people who move from the city to other parts of Croatia or other countries, the Stradun on Christmas Eve is the perfect place to bump into old acquaintances and catch up. You'll hear people saying ‘nazdravlje’ or ‘nazdravlje Vam Badnji dan’ which translates as God bless you or God bless your Christmas Eve. Once coffee and/or a pelinkovac (a Croatian liqueur) have been consumed, the carols will begin.

Yes, that's Charles Dickens, 19th-century style, going from place to place, accompanied by instruments, carol singing. Known as kolenda in Dubrovnik, the peak of this festive tradition is when everyone gathers in front of the Church of St. Blaise and the city's choirs come together to lead the crowds in song.

They'll be accompanied by Dubrovnik Brass Band, as well as Dubrovacki Trombunjeri in their magnificent red capes and berets, who will fire their ceremonial guns in the city's old harbor to signify that today is an important day for Dubrovnik.

Once the Dubrovnik City Mayor has given a short speech on the steps of the City Council wishing everyone a merry Christmas, people will head home for lunch and in the evening resume carol singing from house to house. Churches will be packed at midnight mass as people celebrate Jesus' birth and afterward, for many, the party is just beginning.

Special thanks to the team at dubrovniknet.hr for sharing their wonderful photos. 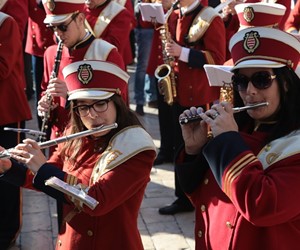 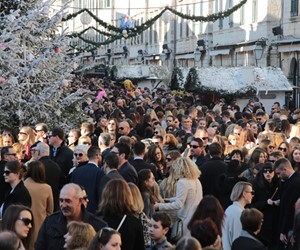 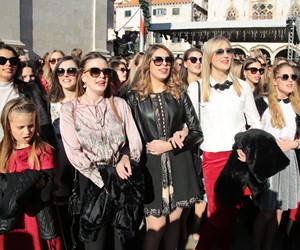