Adriatic DMC Senior Advisor Pave Zupan Ruskovic, has been honored with a lifetime achievement award by Zagreb Tourfilm Festival for her work in Croatian tourism.

Ms. Zupan Ruskovic received the 'Tourism promotion - a way of life' prize at the festival's award ceremony held at the grand Esplanade Zagreb Hotel on Friday 18 September. The festival is sponsored by Croatian President Kolinda Grabar Kitarovic, the Croatian Ministry of Tourism, the Croatian Tourist Board and the office of Zagreb mayor, Milan Bandic.

Commenting on why Ms. Zupan Ruskovic was selected to receive the award, Luka Benko, Director of Legal and General Affairs, Zagreb Tourist Board, said, “Due to her extraordinary contribution to the tourism of the Republic of Croatia, especially by promoting it as a tourist destination, we decided to award Mrs Pave Zupan Ruskovic the Lifetime Achievement Award."

“It’s an honor to receive this award and be recognized as taking part in Croatia’s development as a tourism destination. It’s come a long way in the past 20 years and has so much potential. I have worked my whole life in this industry and have been lucky enough to be involved in many fantastic projects, but hopefully there are still many more to come for Croatia,” said Ms. Zupan Ruskovic of her award.

A highly valued member of the team at Adriatic DMC, Ms. Zupan Ruskovic is responsible for providing input and actionable guidance on a broad range of strategy and operational aspects of business. Ms. Zupan Ruskovic’s 35 years of experience in the tourism industry bring a wealth of knowledge and expertise to the business that are invaluable.

“There are very few people more deserving of the prize, and I’m confident it won’t be the last time the importance of her work is recognized. Everyone at Adriatic DMC values her contribution and we look forward to future endeavors together,” said Adriatic DMC managing director, Srdjan Kristic.

Born in Dubrovnik, Ms. Zupan Ruskovic opted for tourism as her life’s calling at a very early age. Prior to turning 18, she qualified as a tour guide in English, German, Italian, and French and went on to study tourism economics at the Faculty of Economics and Business in Zagreb, where she received a masters degree.

In 1968, she was hired by one of the largest tourist agencies in the country at the time, Atlas. During years of experience in the fields of operations, initiatives, and reception, she advanced up the ranks and was appointed the managing director of Atlas, in the meantime becoming an outstanding expert on Croatian tourism. She chaired the annual convention of the American Society of Travel Agents (ASTA) in Dubrovnik in 1990 and as a result of her presentation, the ASTA founded the non-profit, non-political Rebuild Dubrovnik Fund in Istanbul in 1991, which is the only intervention by the ASTA of that kind outside the territory of the United States of America.

In 2000, she was named the Croatian Minister of Tourism in perhaps the most important period for the development of tourism in the country. In 2003, she chaired one part of the annual convention of the United Nations World Tourism Organisation (WTO), where Croatia was voted into the Executive Board of the WTO in the same year. In May of 2004, she was named a member of a strategic committee for the development of world tourism of the UNWTO.

During her years of work, she has delivered numerous presentations across the globe with the aim of popularizing and advancing the profession, receiving a large number of awards and commendations for the achieved results. 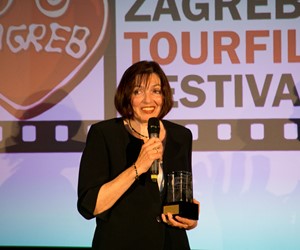 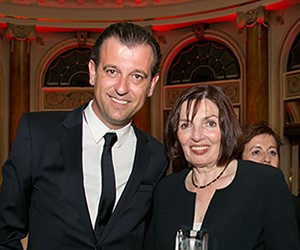