The home of Marco Polo, Korcula’s medieval Old Town is a fortified beauty on the shores of Korcula Island on Croatia's southern Adriatic coastline.

Korcula Town is the largest town and port on Korcula Island. This historic fortified town is located on the island’s east coast, looking across to the Peljesac Peninsula with which it is connected by a short ferry ride. The island is covered in dense woods and lush Mediterranean shrub, its coastline hiding many pristine bays and coves. Along Korcula, there is another smaller town on the island, as well as numerous small villages whose local production of olive oils, liquors and some of the best white wines in Croatia, goes back centuries. The history is vivid in Old Town Korcula, whose cobbled alleys supposedly hosted Marco Polo. The narrow streets in this medieval fortified town resemble a fishbone, a design that was made to reduce the power of the wind in the city.

Korcula Old Town main square is dominated by the Cathedral of St. Mark, which was built by local masons in the 15th Century. The square is surrounded by beautiful palaces in Venetian Renaissance style including the town hall and is surrounded by medieval city fortifications. Don't miss the interesting museum of Marco Polo; perhaps the most famous of Korcula’s past inhabitants, and stop by Cukarin sweet shop for a taste of traditional, homemade Korcula cookies. 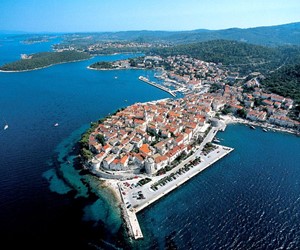 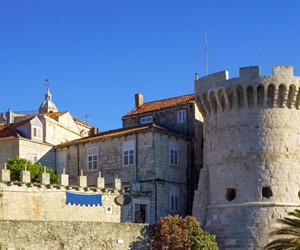 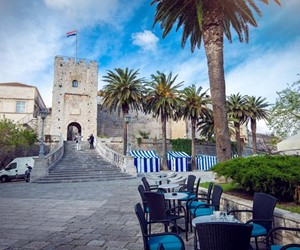 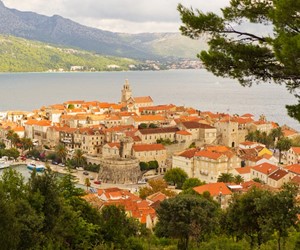 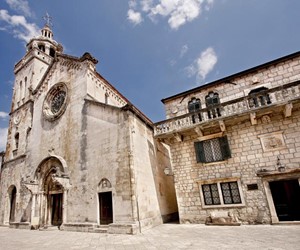 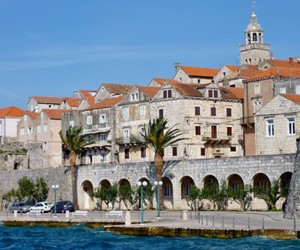 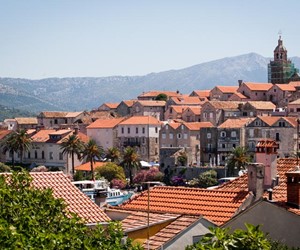 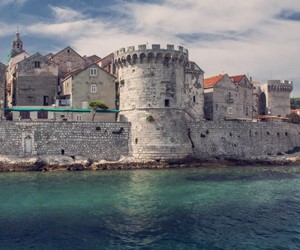 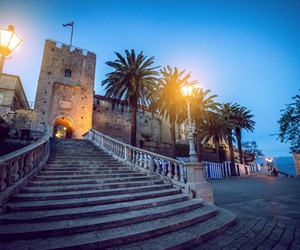 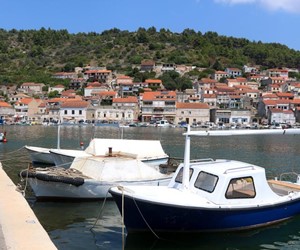 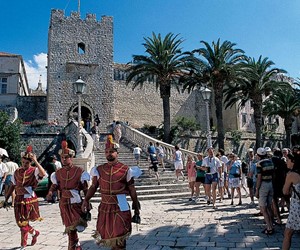 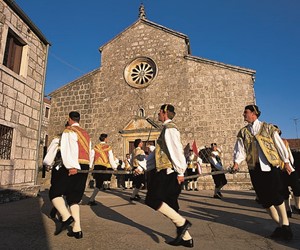