For over a thousand years, the walled city of Dubrovnik has celebrated its patron saint with style and ceremony on February 3rd. This year is no different and the official start of the Festivity of St. Blaise (Croatian, Festa svetog Vlaha) begins today (Our Lady of Candelora) with the release of white doves symbolizing freedom and peace in front of the Church of St. Blaise on Dubrovnik’s famous Stradun. The ceremonial flag of St. Blaise is raised on Orlando’s Column directly in front of the Church to mark the opening of festivities. 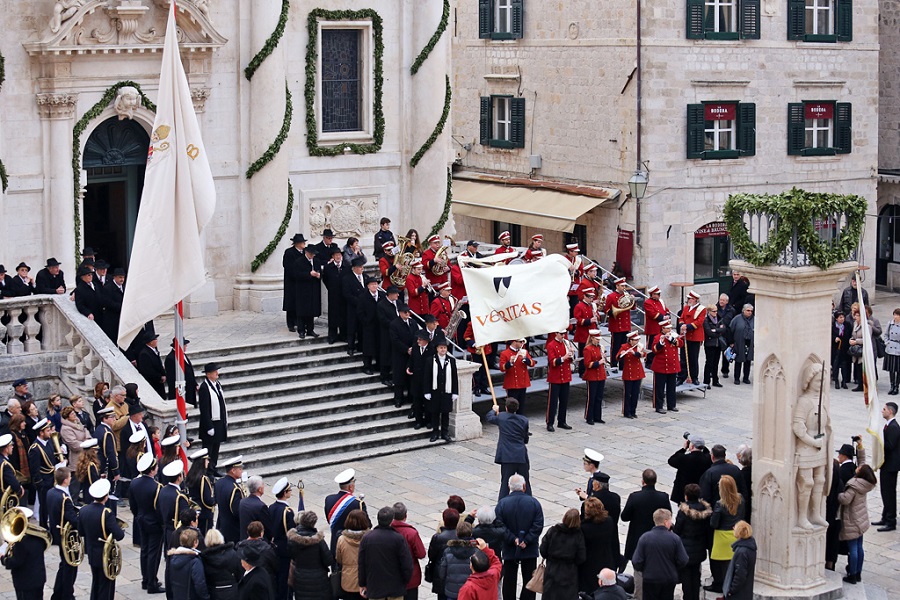 According to legend, St. Blaise saved the city of Dubrovnik from impending Venetian attack in the 10th Century. The Venetians had docked their ships in front of Lokrum island and in Gruz, providing assurances that they would depart as soon as they stocked up on food and drink. As the legend goes, the Venetians instead used their stay as reconnaissance for their planned attack, all of which was revealed to a local priest named Stojko by St. Blaise in a dream. Father Stojko was able to warn the city’s rulers about the Venetians' true intentions and prevent the attack. As a sign of gratitude, St. Blaise was then named patron saint of Dubrovnik, and his feast day has been celebrated with great reverence ever since. 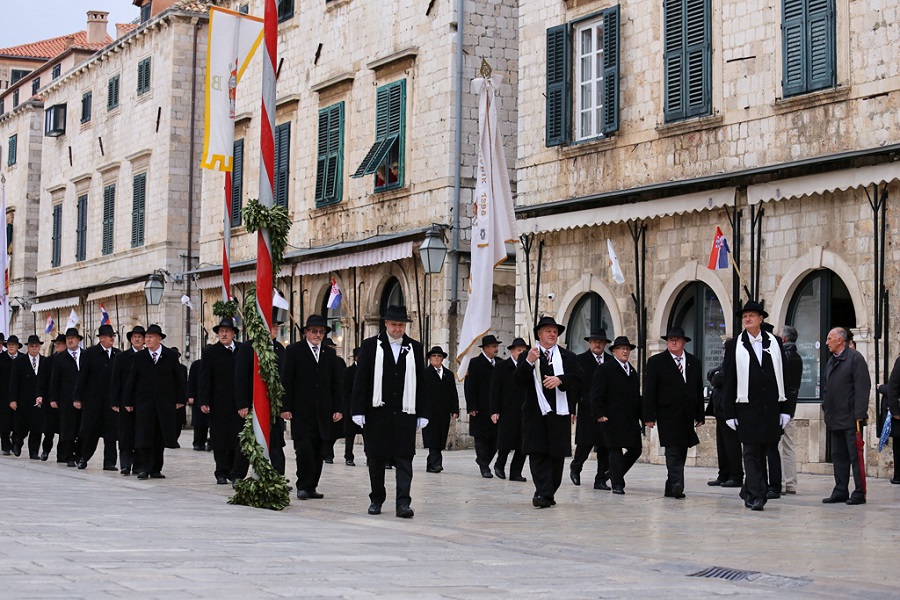 On February 3rd, the official feast day of St. Blaise, Dubrovnik becomes the epicenter of life for locals and the faithful. It is also the Day of Dubrovnik, a secular celebration of the historic UNESCO World Heritage Site city. Don't be surprised if you spot any state dignitaries in attendance. 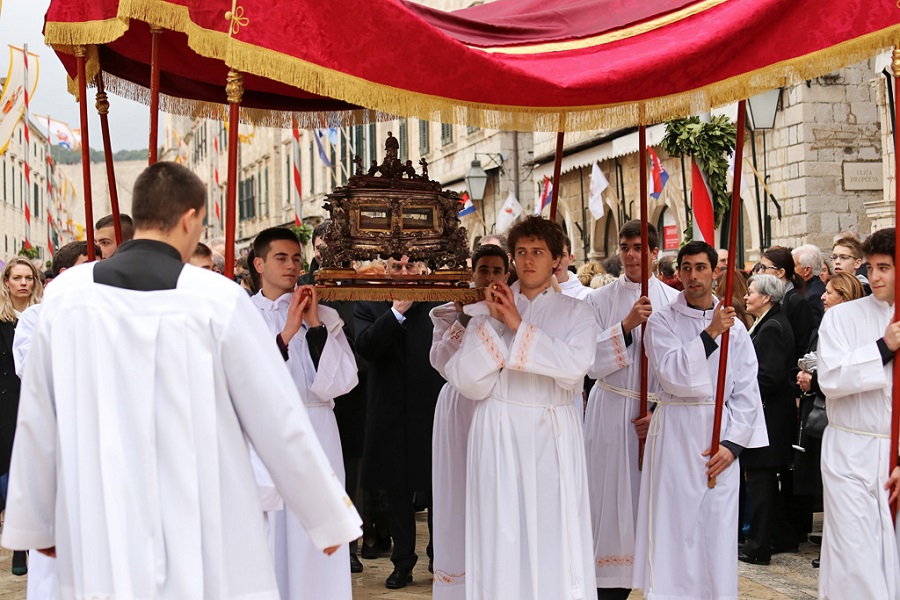 The day begins with holy mass at 10am which is followed by the main event, a large procession through Dubrovnik’s Old Town. The Trombunjeri add some drama to the celebration when they fire their musket guns on Brsalje near Pile Gate to mark the start of the procession. 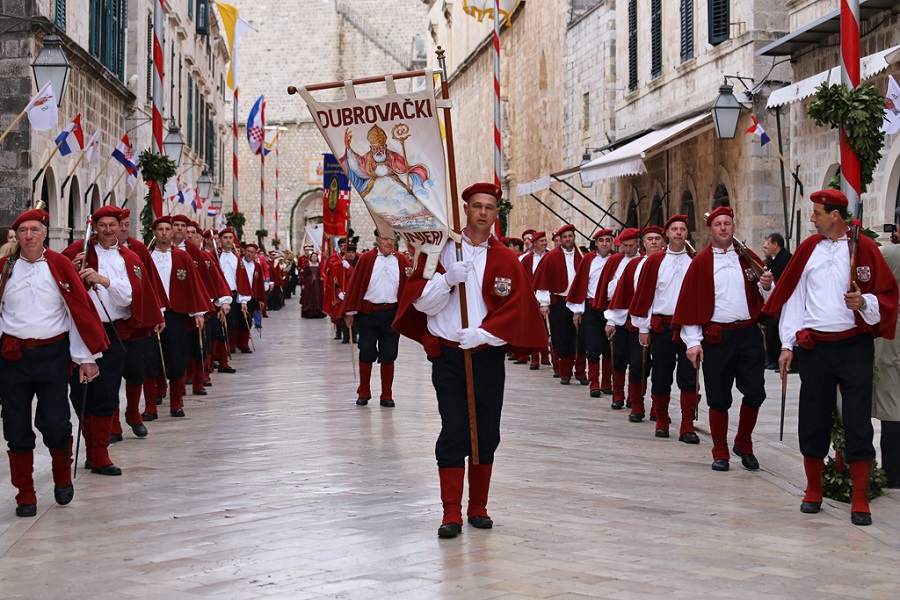 The colorful procession includes clergy, relics of St. Blaise, locals in traditional costume, a brass band, Trombunjeri and unique to the festivity, Festanjuli. This is a ceremonial role specific to the feast day of St. Blaise bestowed upon sea captains (owing to Dubrovnik’s long maritime history) and craftsmen. You can spot them in the procession thanks to their ‘uniform’ of black wool hats, cream-colored bow ties and scarves worn over their black coats. 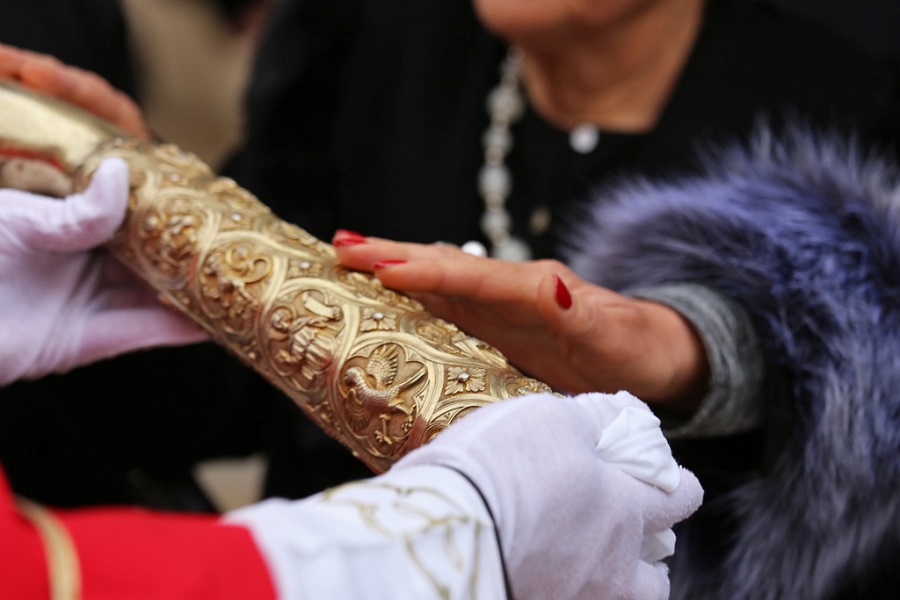 The beautiful costumes of Konavle, Zupa, Primorje and beyond add a special charm to the day, accessorised with traditional jewellery specific to each area steeped in symbolism and history. Groups from other cities and areas also join the procession each year. 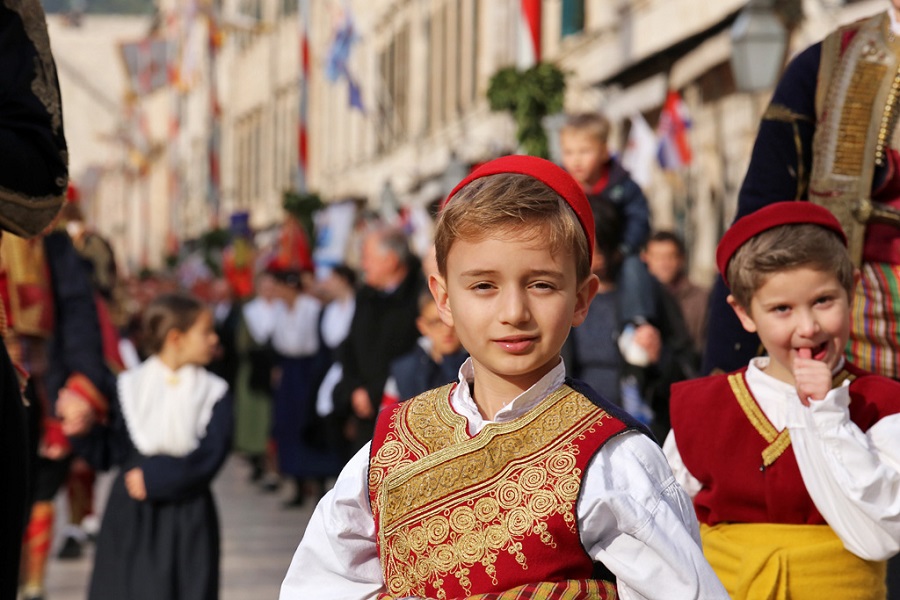 After the procession finishes, participants and locals will go for lunch which on this day is usually a dish called Šporki makaruli (dirty macaroni). The idea behind this being that the sauce could be prepared in advance and additional pasta cooked as more people arrived at a family’s home. By the late afternoon, the ratio of sauce to pasta becomes smaller (hence the name dirty macaroni) yet this dish remains a treasured delicacy in the Dubrovnik area.

Another specialty associated with St. Blaise in Dubrovnik are Bjondi & škuri keksi (light & dark biscuits), traditionally prepared by nuns who offer them in church for blessing on Our Lady of Candelora. The biscuits are tied together with a red ribbon which relates to the blessing of throats which is performed by priests on the feast day. 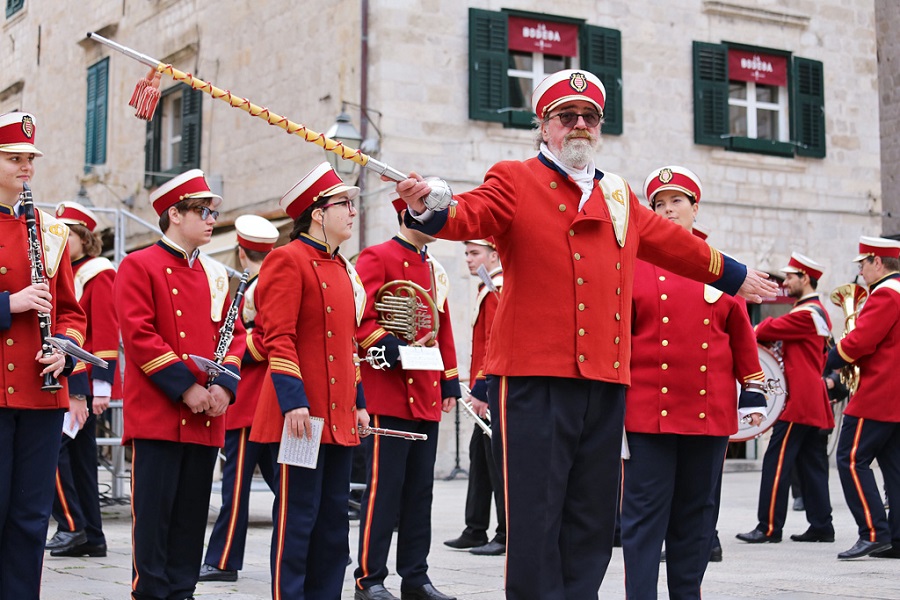 In the afternoon, head to the Cathedral where you can watch flag bearers from each parish church take part in the flag waving ceremony. Crowds will gather to cheer on the flag bearers with the most skilful receiving the greatest applause. 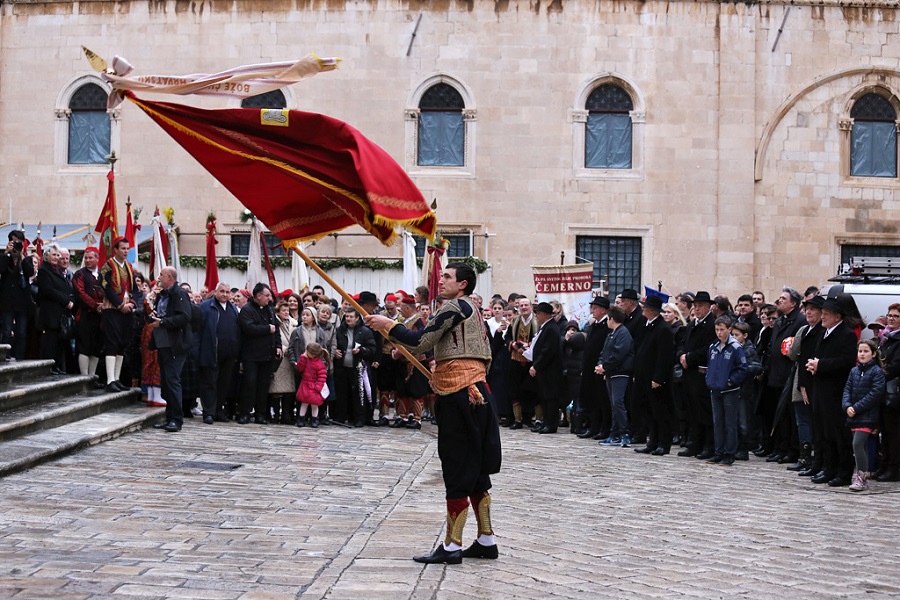 The festivities are accompanied by a program of events that include art exhibitions, plays, concerts, guided themed walking tours and lectures.

Festivities are officially brought to a close on February 6th with mass at the Church of St. Blaise on Gorica outside of the city and the lowering of the Saint’s flag on Orlando’s column.

For more information on land tours and shore excursions in Dubrovnik, contact the friendly and professional team at Adriatic DMC.