Founded by two Glagolitic monks in the karst cave of Ljubitovitca in 16th Century, Blaca Monastery and Hermitage standsas a proud monument to the rich cultural history of Brac Island.

The Blaca Monastery and Hermitage is the most preserved among a number of Renaissance hermitage monasteries that were erected in the karst caves of Vidova Gora on the south of Brac Island. Two monks built Blaca in 1551 and through time the monastic community grew, acquired bigger estates around the monastery and started cultivating olive oil and vineyards. With the additional lands and larger community of monks who traded the monastery's products to passing sailing ships, the monastery flourished in the 18th Century. A number of edifices were built through the next century including the Church of the Assumption of Virgin Mary that was completed in 1614 and rebuilt in 1757. The second golden age of the hermitage was in the beginning of the 19th Century when defense walls and a fort were built as well as other additions like the New House and the Peasant House and the water supply was regulated. The interior of the buildings was furbished with exclusive furniture, paintings, libraries and a very large number of clocks, which showed time according to the most famous world observatories. Of the 11,000 books in the monastic library, a considerable number date to before the year 1800. The monastery was kept successfully by generations of monks and was the economic and spiritual center of this part of the Island up until 1963 when the last father, Niko Milicevic Jr. died. Father Milicevic Jr. was well known as an astronomer and the telescope from Blaca has remained to this day the third most powerful one in Croatia.

The inventory of the monastery is exhibited today in a museum display. The astronomic bequest of the last hermit of Blaca, Niko Milicevic Jr., is particularly worth seeing. The monastery is still only accessible by foot. 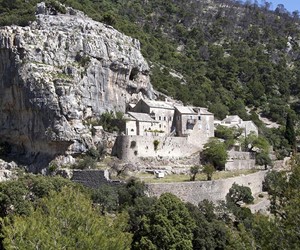 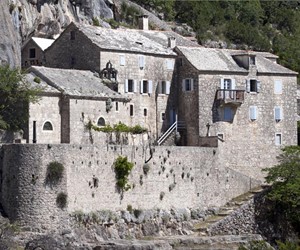 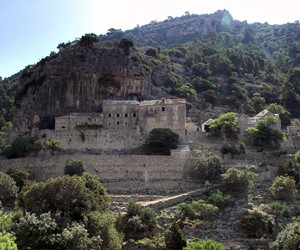 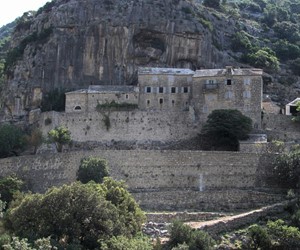 A 6-hour shore excursion to the Island of Brac and the 16th century Blaca Monastery and Hermitage located on a slope of a stone mountain.