Adriatic DMC managing director had the opportunity to fill up several one-on-one virtual appointments, “I’m confident that 2021 will be the start of a new era for US travel to Croatia. It was brilliant to see such a level of interest in our land tour programs in the Adriatic region.

“Croatia’s hotels, restaurants and bars opened at the start of May marking the beginning of a return to ‘normal’ for tourism in the country, and with the recent announcements by United Airlines and Delta Air Lines of direct routes between the USA and Dubrovnik, there was plenty to discuss with American tour operators.”

“With news of several international borders opening up for US travelers in late spring and early summer, we knew there was a critical opportunity for our members to reconnect this month,” said Terry Dale, USTOA president and CEO. “Given the success of our virtual marketplace in December of last year, we were able to provide our members this timely and additional forum for one-on-one networking as we travel down the road of recovery.”

Dale added, “And while USTOA has been overjoyed with the positive feedback surrounding last week’s virtual event, we are even more thrilled to announce our intentions to host this year’s Annual Conference & Marketplace face-to-face in San Diego, California in December.”

For more information on land tour, shore excursions, small ship cruises or MICE programs in Croatia and the Adriatic region, contact the friendly and professional team at Adriatic DMC. 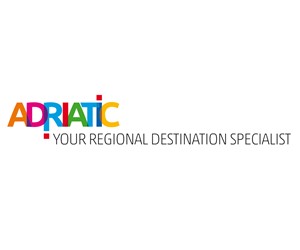