5 Must Visit Places In Bosnia

Bosnia and Herzegovina is truly a country where east meets west. Centuries-long rule by the Ottoman Empire has left its mark on this country at the heart of the Balkan region; whether it be in religion, architecture, cuisine or language, Turkish influences are still present today and sit alongside their 'western' counterparts to make a cultural melting pot. 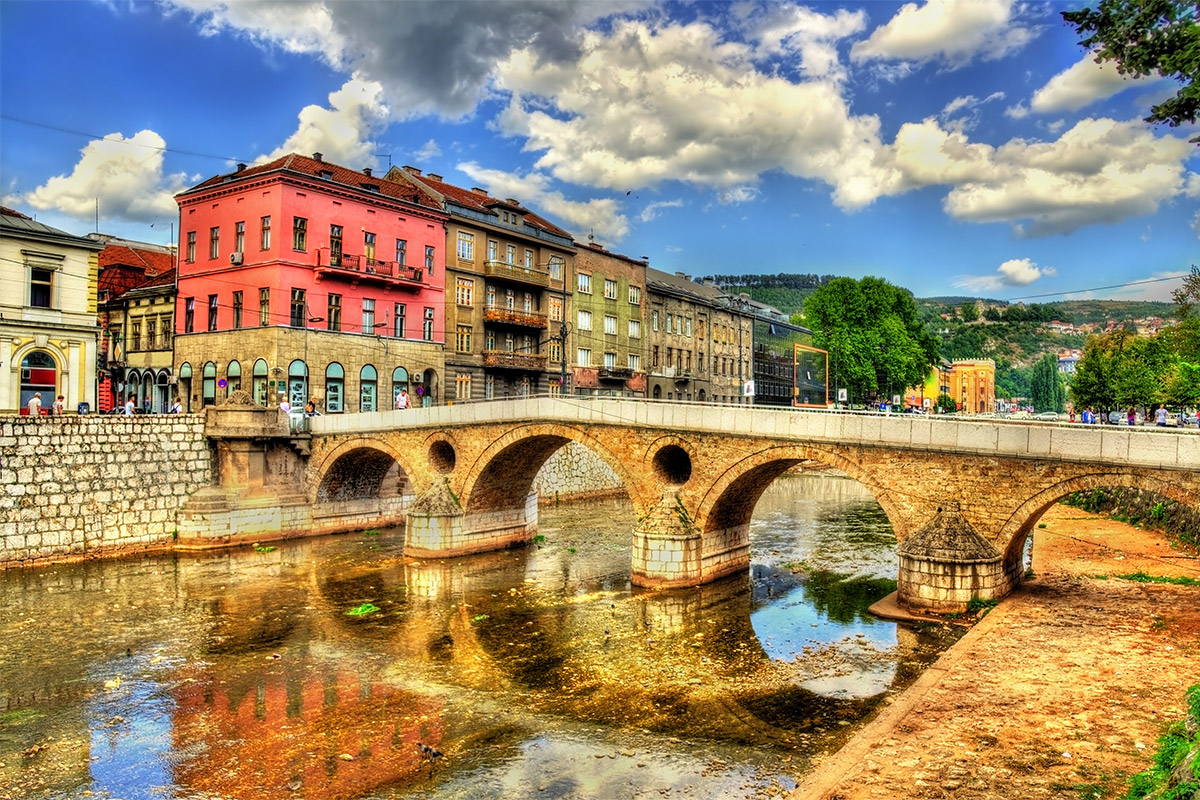 The heart of Bosnia and Herzegovina, Sarajevo is regaining its former glory following its devastation during the 1990s war. Its stunning city hall and former National Library is newly restored and welcoming visitors to its beautiful interior. The cable car to Trebevic mountain, built for the Winter Olympics in 1984, is set to reopen on April 6th, offering incredible panoramic views of the city and the chance to explore the nature surrounding the capital, with ease.

Don't miss the chance to sample traditional Bosnian coffee in the Bascarsija bazaar and of course, famous cevapi served in somun bread with onions and kajmak cheese. The city's cultural diversity can be best seen in its architecture and sacral buildings. Explore the Gazi Husrev-bey Mosque, visit the Roman Catholic Sacred Heart Cathedral and its impressive statue of Pope John Paul II before heading to The Old Temple, Sarajevo's oldest synagogue dating back to the 16th century and now home to the Jewish Museum.

Mostar – The Balkan's most famous bridge 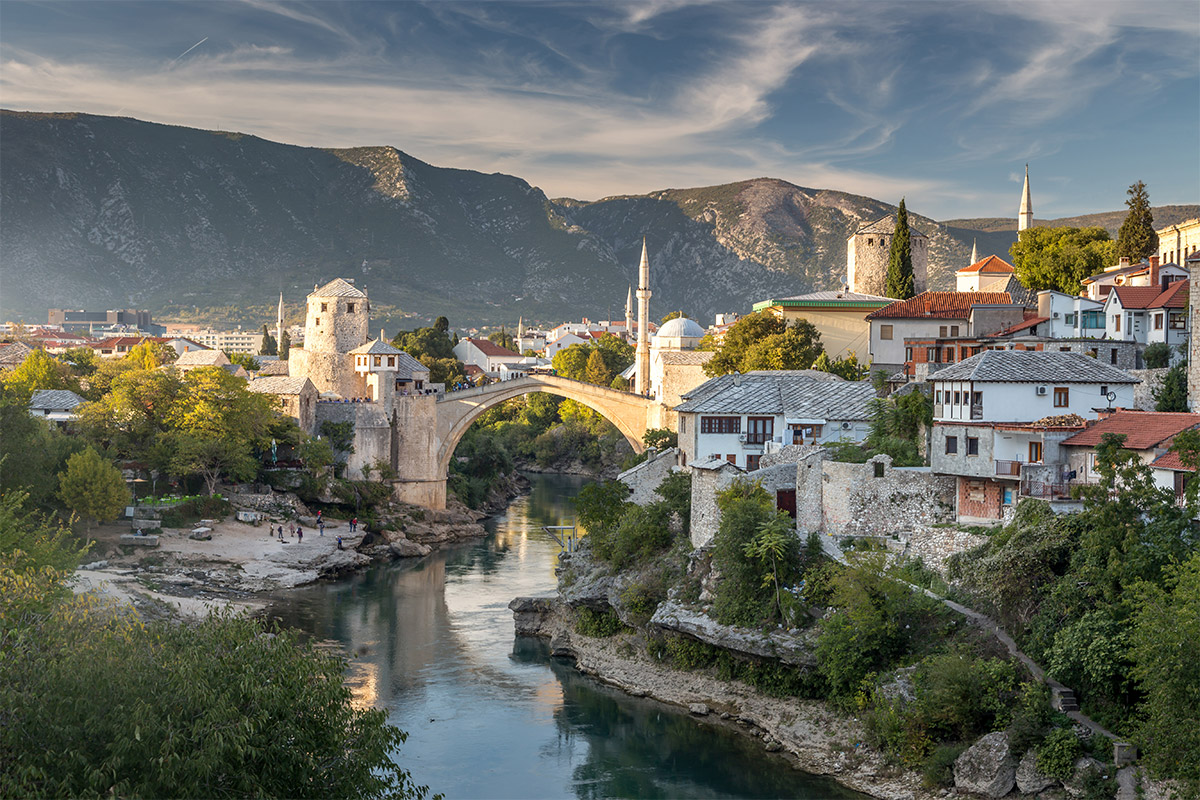 Originally made of wood, Mostar's famous bridge was first built in the 15th century with the arrival of the Ottomans. Adorning the Neretva River, the bridge now made of stone, forms part of the Old Town area where you can meander the narrow alleys and explore the Turkish houses, bazaar, mosques and churches. A UNESCO World Heritage Site, the Old Bridge is a daredevil’s diving platform in the summer months and hosts the Red Bull Cliff Diving competition each year.

Blagaj – Dervish delight under a cliff 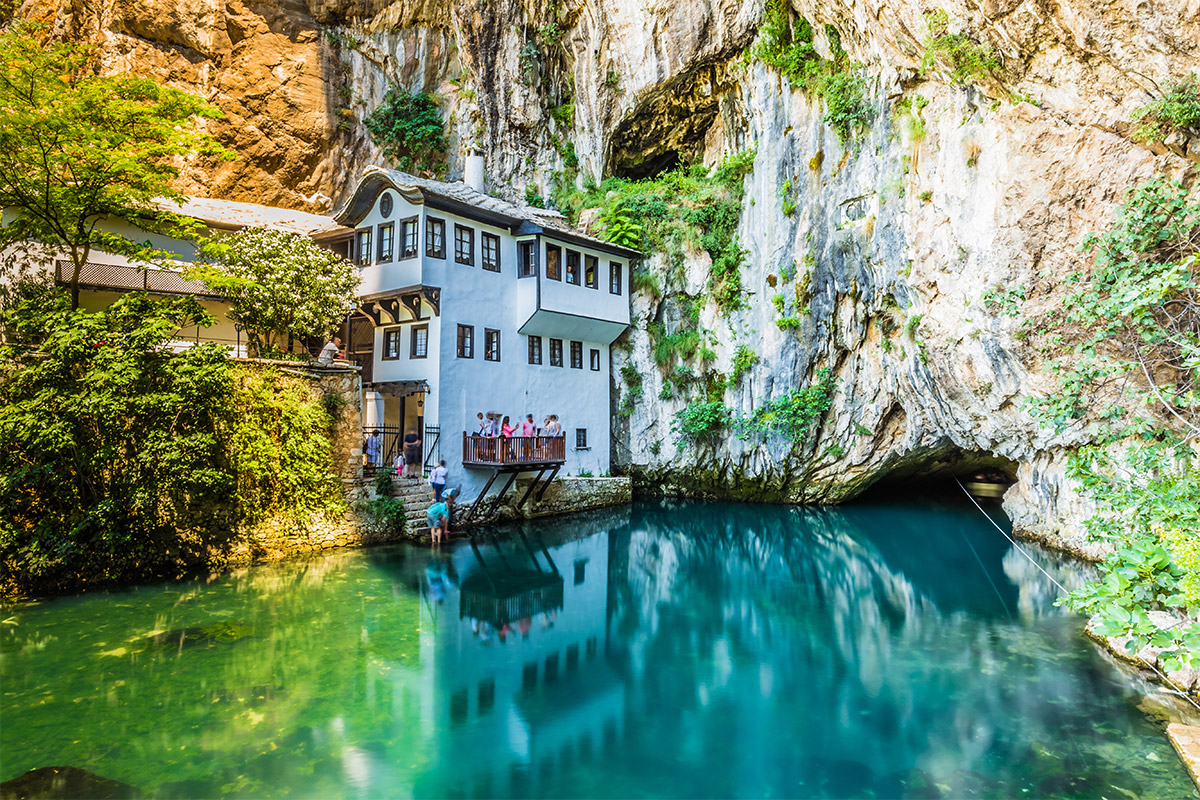 Close to Mostar is the village of Blagaj, home to possibly one of the most picturesque Dervish monasteries in the world, located on the banks of the blue Buna River. Known as Blagaj Tekija, it was built in around 1520 and you'll be able to spot both Ottoman and Mediterranean influences in its architecture. Once you've taken in the stunning scenery, you can tour the Tekija itself and then take a short boat ride into the cave at the start of the Buna. Then there's only one thing to do: enjoy a delicious traditional meal of lamb on the spit at one of the restaurants with a view of the river and monastery.

Kravica – An oasis in stone 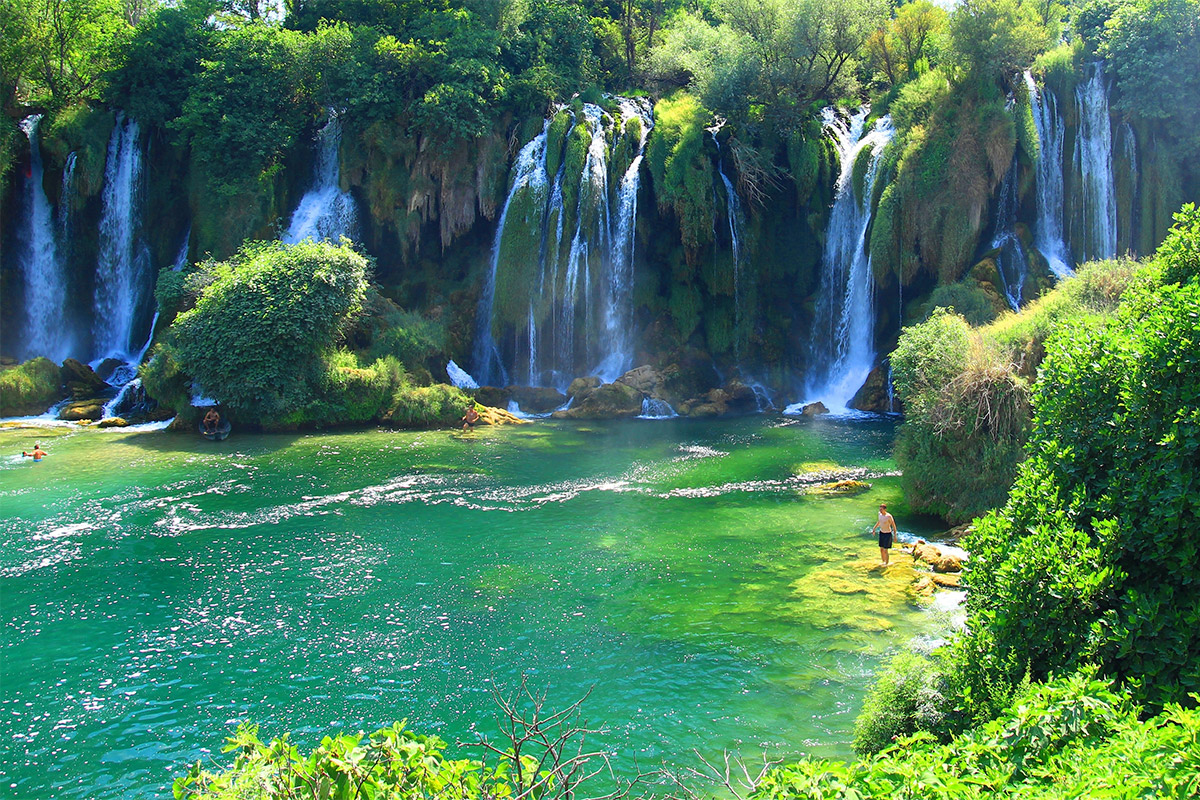 A breathtaking waterfall in the Balkan region, Kravica forms on the Trebizat River near Ljubuski and is an oasis in the hot summer months for those who take a swim in the lake below it.  The lush green landscapes in spring and summer make it an ideal picnic spot and there's also the opportunity to hire a bike or canoe to further explore the area. Visitors can enjoy lunch in one of the lakeside restaurants before visiting the Museum of Humac (the oldest museum in the country) which is included in the Kravica entrance fee. 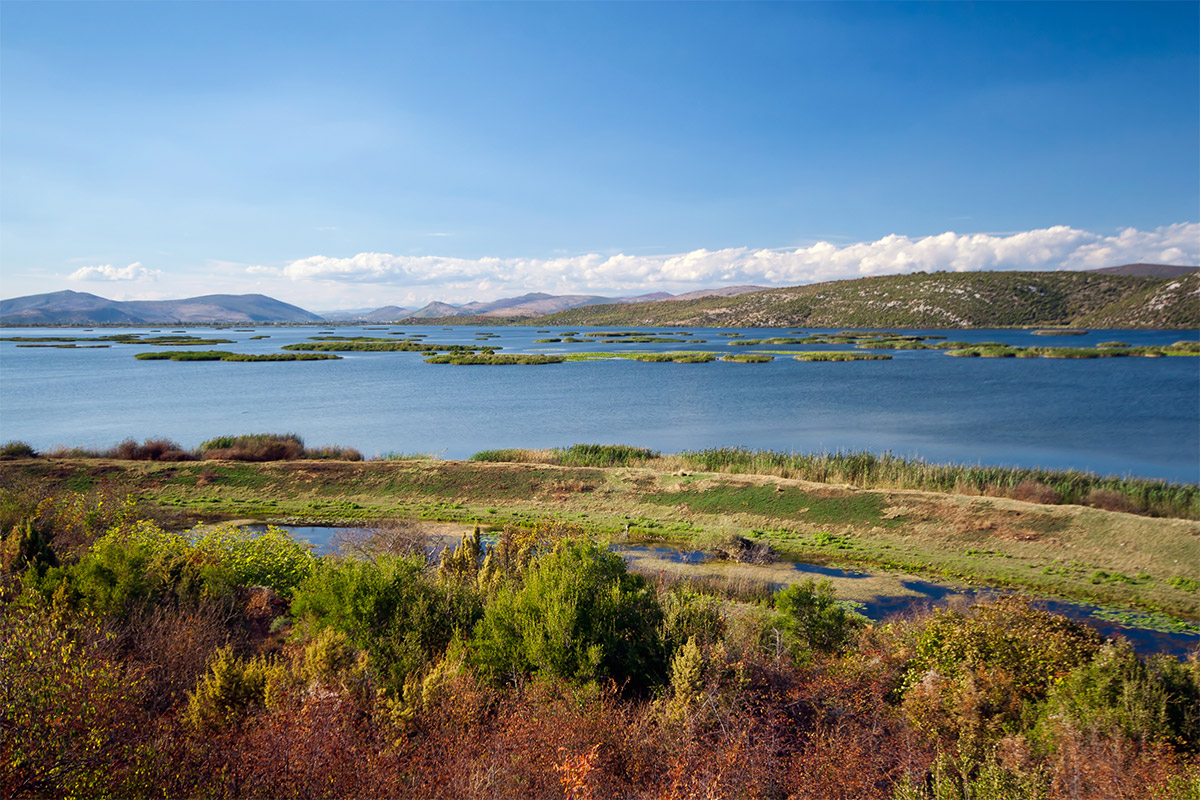 Named an Important Bird Area by Birdlife International, Hutovo Blato is the largest reserve of its kind in the region and is a unique Mediterranean swamp, one of the largest wintering places for birds in Europe. On a photo safari through the park, visitors will be able to see the park's diverse flora and fauna species as well as spotting a host of birds and wildlife. There's even the option to have a go at sport fishing.

For more information on land tours of Bosnia and Herzegovina, get in touch with our friendly team of destination specialists.